Mortgage Loan Officers May Be Eligible for Overtime Pay

The DOL has issued an legal opinion that banks should not classify their loan officers "administrative employees" under the FLSA. Therefore, the loan officers may be eligible for overtime pay. Essentially, the DOL has concluded that these mortgage loan officers are inside sales employees who "produce" loans. As such, they are not exempt from overtime laws requiring overtime pay for work that exceeds 40 hours in a workweek. The latest statement from DOL reverses the positions it adopted in opinion letters issued in 2001 and 2006. The complete text of the Administrator's opinion letter is here.
Posted by The Law Office of Michael H. Rosenthal at 4:17 PM

The recent NFL study on the rates of cognitive impairment in retired NFL players has spurred both the NFLPA and Congress to take a closer look. The NFLPA has formed a committee of players, former players and medical experts to examine the "diagnosis, treatment and prevention of concussions and brain injuries in active players; and the long-term cumulative effects of isolated or repetitive traumatic brain injuries in NFL players as patients."

A Congressional committee previously investigated the NFL's disability benefit plan in 2007 and concluded that it was materially flawed and needed to be fixed. Now, another Congressional committee will look at the effects of head injuries, how to limit them and compensate affected players and families. Presumably, the committee will examine how the NFL Player Retirement Plan handles disability claims arising out of concussions and head injuries. The committee should not overlook the links between brain injury and depression, drug use or suicide.

The NFL has repeatedly denied a link between a football career and an increased risk of cognitive impairment and has distanced itself from the results of the latest study. While experts seem to agree that the study is not definitive, it is consistent with other studies and the medical science related to the long-term effects of head trauma. The NFL should really be more concerned about the post-career effects of a player's head injuries than a player's untucked uniform or overly exuberant celebration in the end zone after a touchdown.
Posted by The Law Office of Michael H. Rosenthal at 2:19 PM

As reported in the New York Times and elsewhere, an NFL commissioned study finds that "Alzheimer’s disease or similar memory-related diseases appear to have been diagnosed in the league’s former players vastly more often than in the national population — including a rate of 19 times the normal rate for men ages 30 through 49." Over 1,000 former players were interviewed for the study. The results are significant because the NFL commissioned the study. Previous studies which suggested that retired NFL players suffered from high rates of brain function impairment were downplayed by the NFL. Now, the NFL's own study reveals much higher than expected rates of cognitive impairment in former players compared to men in the general population of a similar age.

The NFL and NFL Players Association offer the "88 Plan" to retired players who have Alzheimers, dementia or similar conditions. That plan reimburses players for up to $88,000 of expenses per year for the services needed to care for the player. But the NFL study tees up the issue of whether a former player with cognitive impairment will qualify for disability benefits from the NFL Player Retirement Plan.

A key point from the study is that the cognitive impairment is occurring at a relatively young age. Any retired player suffering from such an impairment would have a diminished ability to work productively, perhaps enough to render him totally disabled. The NFL's disability plan has different levels of disability benefits, but for a player that becomes disabled after finishing his career, the benefit level with the highest monthly payment is the "football degenerative" benefit. (The plan pays $110,000 per year to players who qualify for "football degenerative" benefits.) The plan, however, limits eligibility for the "football degenerative" benefit to former players who are under 45 or who are less than 15 years from the end of their NFL careers (whichever is later). According to the NYT article, the NFL study found:

A normal rate of cognitive disease among N.F.L. retirees age 50 and above (of whom there are about 4,000) would result in 48 of them having the condition; the rate in the Michigan study would lead to 244. Among retirees ages 30 through 49 (of whom there are about 3,000), the normal rate cited by the Michigan researchers would yield about 3 men experiencing problems; the rate reported among N.F.L. retirees leads to an estimate of 57.

Both population groups (30-49 and 50+) showed abnormal rates of cognitive impairment, but it seems that most of the players suffering from these conditions are older than 45. Players who became disabled because of a cognitive impairment after age 45 would be ineligible for the "football degenerative" benefit unless they were still within 15 years of their last season. There are not that many players who are still playing beyond age 31 or 32, however.

Representatives of the NFL and the NFL Players Association are currently meeting to discuss a new collective bargaining agreement. This NFL study should prompt both sides to consider revising the disability plan to make sure that players with cognitive impairments at any age can qualify for "football degenerative" benefits.

The NYT article is here.
Posted by The Law Office of Michael H. Rosenthal at 5:25 PM

Recently, the Philadelphia Inquirer profiled former Eagle defensive lineman Sam Rayburn. Rayburn became addicted to painkillers and was arrested in March 2009 for forging prescriptions for controlled substances. Rayburn apparently began self-medicating during his career with the Eagles from 2003 to 2006. While he does not blame the Eagles trainers or coaches, it appears from the article that he may have obtained some prescription painkillers, legitimately, from the team doctors:

"You could get things when it was necessary," Rayburn said. "If you had an injury they were aware of, they would give you a certain amount. They wouldn't give you an entire prescription. Most of the injuries I was dealing with were undisclosed. I was going outside the team doctors and stuff like that to acquire the medicine I thought I needed. It was a deal where I was going out on my own and getting them from other doctors that I knew."

Interestingly, a player addicted to controlled substances prescribed by an NFL team physician could become eligible for disability benefits from the NFL Retirement Plan. If the player has a “total and permanent disability” caused by his “substantially continuous use” of a controlled substance prescribed for him for football-related injuries, he can receive benefits. This raises an interesting issue. Does the addiction itself qualify the player for benefits, or is the intention to limit eligibility only to retired player who has some secondary impairment (liver damage, perhaps) that was caused by the continuous use of the controlled substance?

Regardless of the answer, the existence of the exclusion may reflect the NFL's concern about painkiller abuse and the potential costs to the Retirement Plan. This provision was added to the Plan in 1998 to exclude most substance abuse disabilities from benefit eligibility. Exclusions are built into disability plans precisely to limit the insurer’s known risks. In this case, the Plan itself is the insurer. The existence of this exclusion in the Plan suggests that the NFL had, and perhaps still has, concerns about the possible abuse of painkillers by the players.
Posted by The Law Office of Michael H. Rosenthal at 4:26 PM 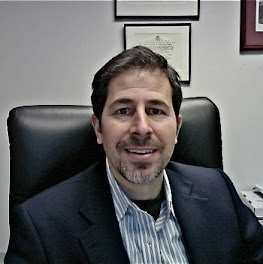 For the free CD "Tips for the Hiring and Interview Process" please email me with your contact information. "Tips" is a joint production of this office and David Weiman, Psy. D., a business psychologist and executive coach.